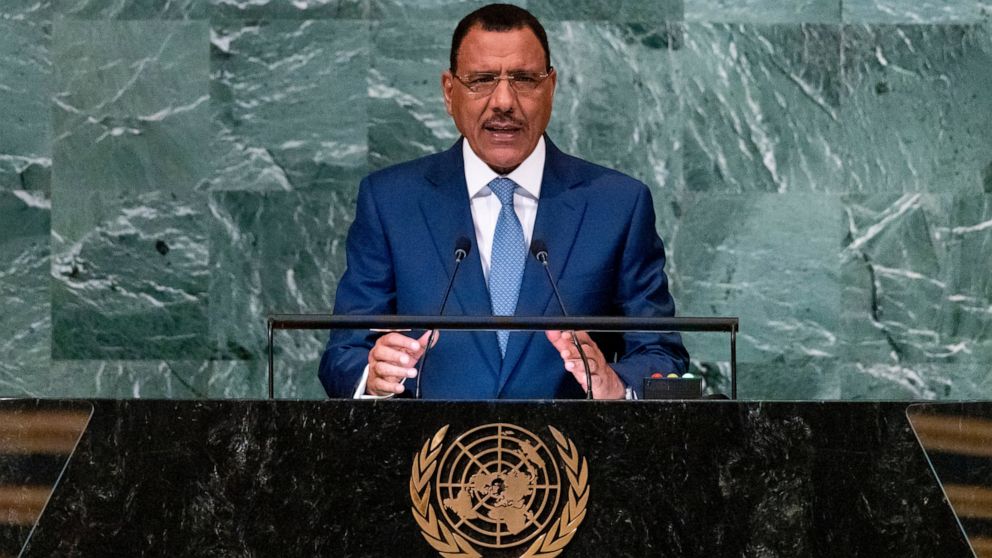 UNITED NATIONS — The latest on the UN General Assembly:

Mexico has proposed that India and the Vatican lead a UN-backed dialogue to seek a peace treaty between Russia and Ukraine, an effort that has not been welcomed by Kyiv.

Mexico has condemned Russia’s invasion of its neighbor, but has also argued that sanctions against Moscow and arms shipments to Ukraine have only worsened the conflict.

Mexican Foreign Secretary Marcelo Ebrard cited the UN Security Council on Thursday for failing to prevent the conflict and stop it.

“We cannot close the door to political dialogue or diplomatic negotiation,” Ebrard said. “Current international tensions will not be resolved by force.”

Mexico has said it will do whatever it takes to help organize the talks, but believes the UN and others should take the lead.

Even before the formal presentation at the UN on Thursday, Mexico’s proposal had been criticized by Ukraine.

“Is your plan to keep millions under occupation, increase the number of mass burials, and give Russia time to renew reserves before the next offensive?” Podolyak wrote.

“This underscores the urgent need to continue to promote vaccine equity through international solidarity, as well as address vaccine hesitancy by countering misinformation and raising awareness of the science regarding vaccine effectiveness and safety. ”, Masisi told the UN General Assembly on Thursday.

The WHO had asked countries to fully vaccinate 70% of their population by mid-2022. While Masisi said Botswana has enough vaccine to vaccinate all eligible people, only 61% are fully vaccinated in the southern nation. from Africa.

Mohamed Bazoum said prolonged droughts caused by global warming are “threatening the practice of pastoral farming” in West Africa. That is causing many young pastors to turn to extremist groups.

“The terrorism operating in the Sahel today is linked to the living conditions of certain communities where the environment has been significantly affected by climate change,” Bazoum told the UN General Assembly on Thursday.

While thanking France, the United States and Germany for their help in fighting the insurgency, Niger’s leader also denounced the continuing lack of international funding.

Niger has seen dozens of deadly attacks on civilians over the past year near its border with Mali, where extremists have long been active. France recently moved its troops from Mali to Niger following deteriorating relations with Mali’s leader, Colonel Assimi Goita, who seized power in a coup two years ago.

For more AP coverage of the UN General Assembly, visit

Welcome back to the work week! The best time to do your day to day Quordles it's when you solve it sneakily while...
Read more
Load more

Surname: The mattress.Years: The oldest mattress is it is believed to be 77,000 years old. It was discovered in South Africa and was...
Read more